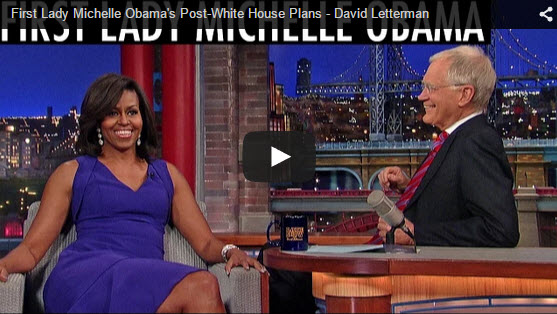 “And I know that your time at the White House, in a couple of years, same sort of thing,” Letterman continued after sharing a laugh. “You won’t be retiring though. But do you ever glimpse down that far down the road?”

Obama responded, “What, like when I’m going to be running for president or anything?”

“That’s something to consider,” Letterman said.

The first lady then said that the two should hang out — and that she could help the retiring comedian raise his children. “I would help you — raise your children,” she said to laughs. “I could help you through those dark times.”