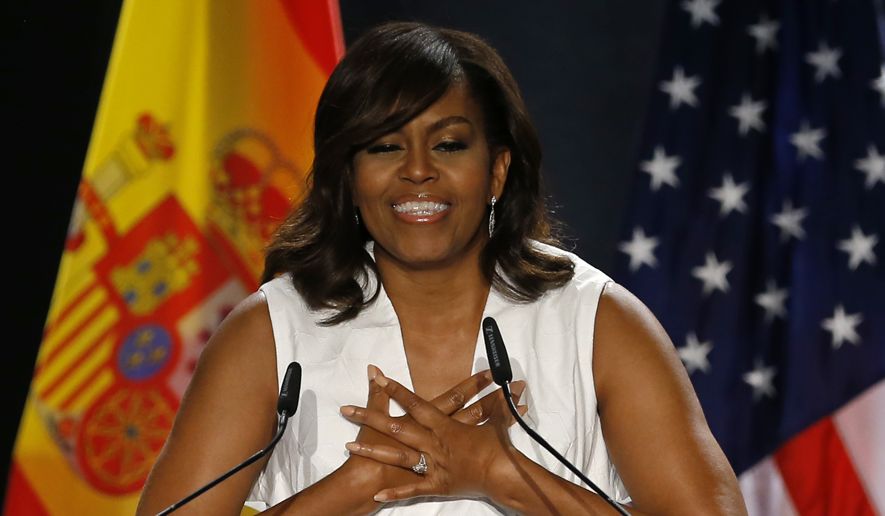 WASHINGTON (AP) — Former first lady Michelle Obama blasts President Donald Trump in her new book, writing how she reacted in shock the night she learned he would replace her husband in the Oval Office and tried to “block it all out.”

She also denounces Trump’s “birther” campaign questioning her husband’s citizenship, calling it bigoted and dangerous, “deliberately meant to stir up the wingnuts and kooks.”

In her memoir “Becoming,” set to come out Tuesday, Obama writes openly about everything from growing up in Chicago to confronting racism in public life to her amazement at becoming the country’s first black first lady. She also reflects on early struggles in her marriage to Barack Obama as he began his political career and was often away. She writes that they met with a counselor “a handful of times,” and she came to realize that she was more “in charge” of her happiness than she had realized. “This was my pivot point,” Obama explains. “My moment of self-arrest.”

Obama writes that she assumed Trump was “grandstanding” when he announced his presidential run in 2015. She expresses disbelief over how so many women would choose a “misogynist” over Hillary Clinton, “an exceptionally qualified female candidate.” She remembers how her body “buzzed with fury” after seeing the infamous “Access Hollywood” tape, in which Trump brags about sexually assaulting women.