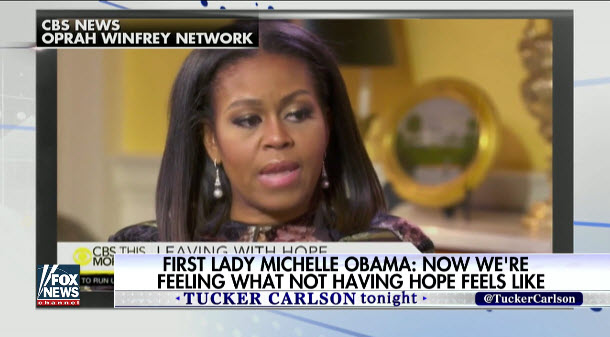 “We feel the difference now,” Obama said in an excerpt of her final White House interview, conducted by Oprah Winfrey. “Now we’re feels like what not having hope feels like. … What do you do if you don’t have hope, Oprah?”

The full interview is scheduled to air Monday on CBS-TV.

President Obama was a first-term Illinois Democratic senator when he won the White House race in 2008 with a captivating message of hope and change and became the country’s first black president.

“Barack didn’t just talk about hope because he thought it was a nice slogan to get votes,” the first lady said in the CBS interview. “He and I and so many believe: What else do you have if you don’t have hope?”