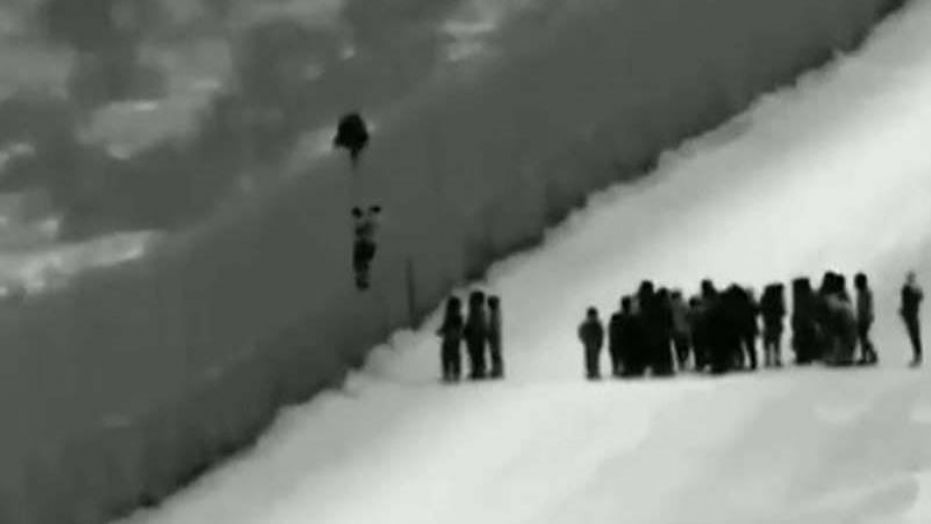 More than 100 gang members from El Salvador are among the massive wave of migrants that’s poured across the border in recent months, with nearly 400 illegal immigrants nabbed trying to cross en masse last week and a group of more than 100 caught scaling a wall Monday, beleaguered border officials said.

United States Customs and Border Protection in Arizona tweeted surveillance video Wednesday that showed a group of around 110 migrants from Central America illegally scaling a section of the border wall in the Yuma sector on Monday.

In the video, which is 55-seconds long, a group of illegal immigrants can be seen scaling the wall with the help of a smuggler, who used a ladder.

The smuggler then runs away from the border wall, hauling the ladder.