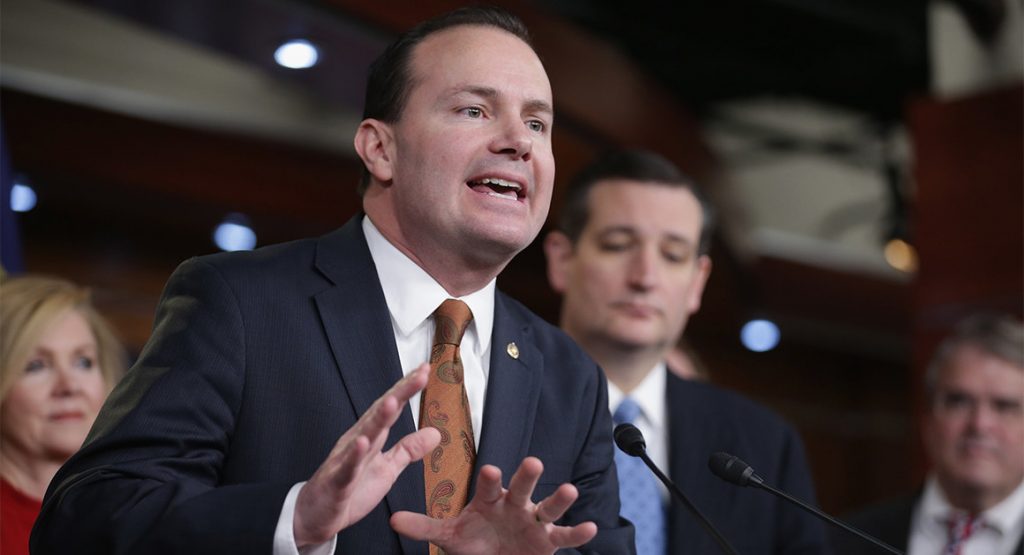 Sen. Mike Lee (R-Utah) is dropping his bid for a spot in party leadership, his office told POLITICO on Monday, ending a brief but heated intraparty feud over when the next generation of Republicans can join the GOP’s upper ranks.

The first-term senator launched a campaign earlier this month for the Republican Policy Committee chairmanship, the No. 4 slot in the party hierarchy that is currently held by Sen. John Barrasso of Wyoming. Lee’s play for the position was not well received by fellow Republicans, and appeared likely to fail as it imperiled the jobs of Barrasso as well as Senate Republican Conference Chairman John Thune of South Dakota and Vice Chairman Roy Blunt of Missouri.
Story Continued Below

Lee was careful to never challenge Barrasso directly. Instead, he argued that Barrasso, Thune and Blunt are all term-limited after this year which would mean that the policy job is open at the end of the year, a contention rebutted by Senate Majority Leader Mitch McConnell and his allies. On Saturday Thune called for a Tuesday conference meeting to resolve the matter after Sen. Lamar Alexander (R-Tenn.) asked to put an end to the distracting debate.

While Lee’s challenge to party rules was shrugged off by McConnell, the scuffle underscored the ongoing tensions between conservatives and party leadership.

“The response has been: here we go, the leadership is blocking out the grassroots,” said Adam Brandon, president and CEO of FreedomWorks, a conservative group that supported Lee’s candidacy. “Until you have someone like Mike Lee in the leadership, there’s going to continue to be a bit of an antagonistic relationship.”