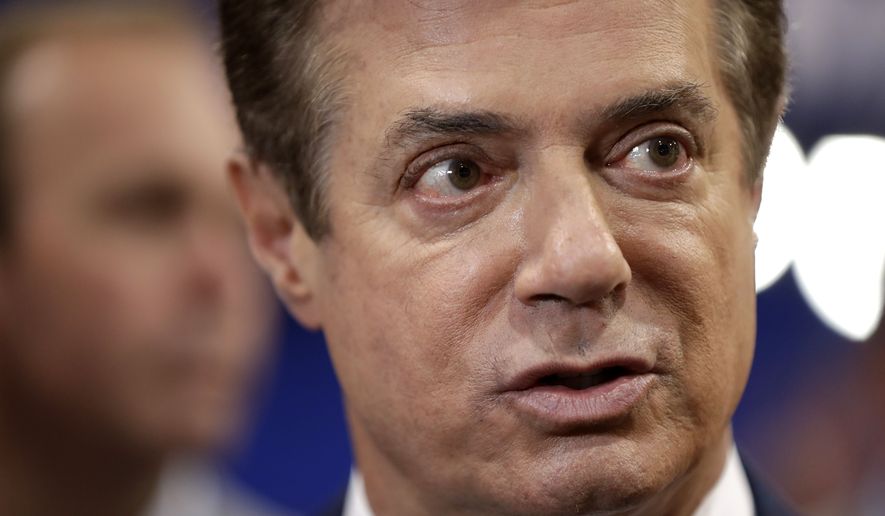 Special counsel Robert Mueller is threatening to file more criminal charges in new jurisdictions against Paul Manafort, his attorney said in a court filing that suggests prosecutors are deliberately trying to deplete his client’s “resources.”

The Manafort investigation is headed by career prosecutor Andrew Weissmann, who is known for rough investigative tactics to squeeze targets and gain guilty pleas. Mr. Weissmann said in a court filing that Mr. Manafort has expressed doubts that he can “maintain the payments on all his mortgages.” His Trump Tower condominium is at risk of foreclosure, he said.

Mr. Manafort’s attorney, Kevin M. Downing, filed his argument Feb. 16 in U.S. District Court for the District of Columbia to support his lawsuit against the Justice Department. He is asking District Court Judge Amy Berman Jackson to end the special counsel’s investigation of Mr. Manafort.

Mr. Downing charges that Deputy Attorney General Rod Rosenstein violated the Justice Department’s regulation for special counsels in May when he granted Mr. Mueller an open-ended mandate to investigate matters outside his appointed task: Russia election meddling and any Trump involvement.