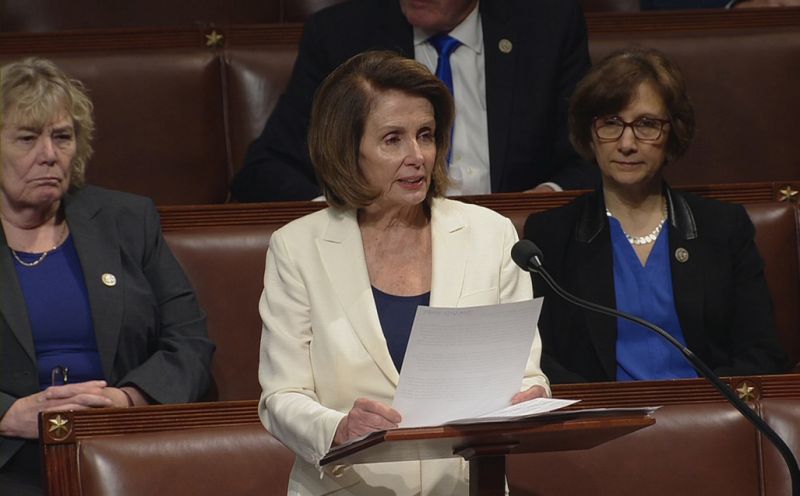 The California Democrat spoke for more than 8 hours before yielding the floor. It was the longest continuous speech since at least 1909.

And she did it all while wearing 4-inch high-heels.

Pelosi got the news of her new record while continuing to tell stories of DREAMers, undocumented immigrants who were brought to the United States when they children. Her all-day remarks are aimed at protesting a budget deal that doesn’t include protections for the group.

While laughing, Pelosi announced that she’d broken a record and said she wondered what the last record-breaking speech was about. A round of applause broke out from her colleagues.