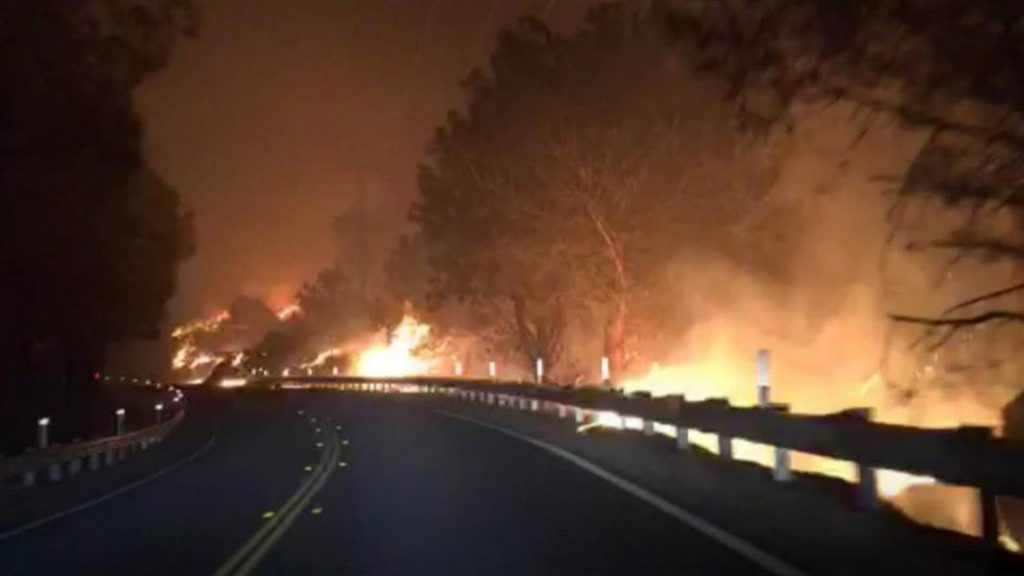 SANTA ROSA, Calif. (AP) — As fire crews gain on wildfires burning for more than a week in Northern California’s wine country, new fires broke out in other parts of the state, including northeast of Los Angeles.

Fire fighters are battling a blaze that sprang up overnight in the southern Bay Area Santa Cruz mountains, prompting evacuation orders and threatening 100 homes. The fire has torched about 125 acres.

At least one structure was destroyed, Rob Sherman, assistant chief of the California Department of Forestry and Fire Protection, told KNTV news.

Further south, crews with air support are racing to protect a historic observatory and communications towers from a growing brush fire on Mount Wilson northeast of Los Angeles. The blaze was initially estimated at around 5 acres (2 hectares). Officials say the observatory has been evacuated and the fire is not burning near foothill residences.