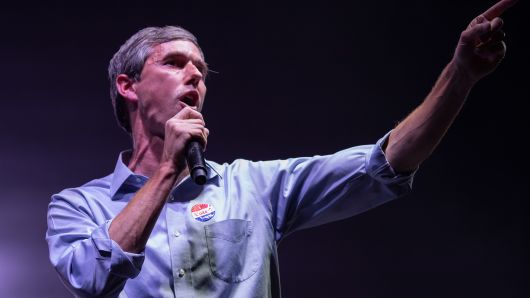 Rep. Beto O’Rourke, who became a hero within the Democratic Party while losing a surprisingly tight race against Texas GOP Sen. Ted Cruz, has already been invited to New Hampshire to speak with voters and meet experienced political operators in the key primary state, CNBC has learned.

Since O’Rourke’s loss earlier this month, Rob Friedlander, a senior advisor to the Texas Democrat’s campaign, has received calls from the New Hampshire Young Democrats requesting that O’Rourke come to the Granite State, according to people familiar with the matter. The goal would be to have O’Rourke tour parts of the state and interact with voters.

The New Hampshire Young Democrats “extended an invitation via email. No further action has been taken at this time,” Chris Evans, a spokesman for the O’Rourke campaign confirmed to CNBC. Friedlander “was put on the email as the individual knew him from New Hampshire days, but Rob is not involved in working to set anything up,” he added.

The group is a chapter of the Young Democrats of America, the official youth arm of the Democratic Party. According to NHYD’s website, its mission is to “help young Democrats seeking office, advocate for progressive issues, and train the next generation of progressive leaders.” O’Rourke was lauded during the campaign for galvanizing young voters.