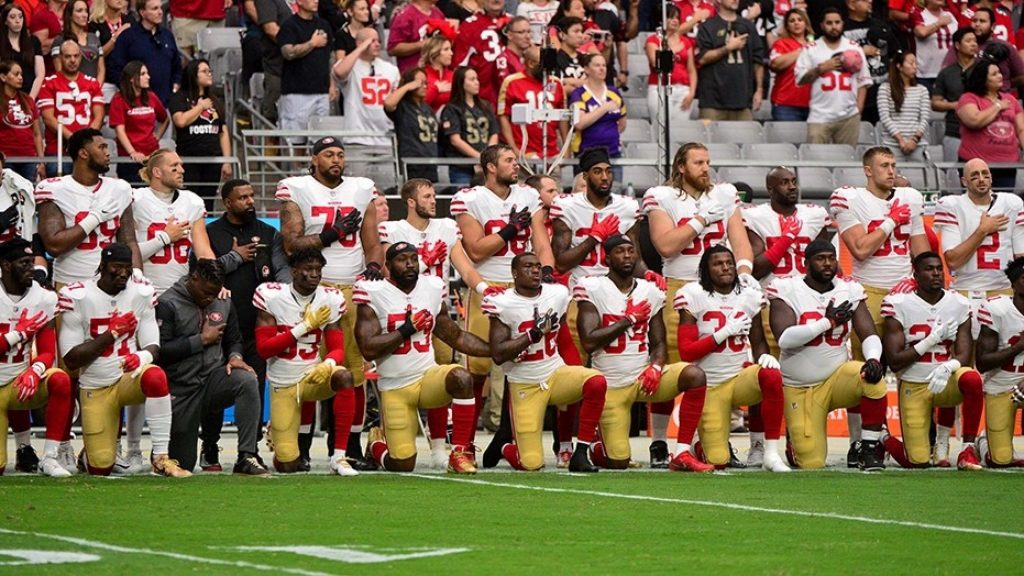 Dozens of NFL players took a knee during the national anthem as others sat or raised their fists before the games of Week 4 Sunday, a day after President Trump tweeted that it that it was “very important” for players to stand.

Still, the number of kneeling players was down from last weekend, when more than 200 athletes took a knee after Trump lashed out at athletes who protest during the national anthem.

Among the players who kneeled Sunday: half of the San Francisco 49ers. The team released a video of the athletes with the caption: “Together.” Their opponents, the Arizona Cardinals, stood.

The 49ers added in a statement: “For more than a year, members of our team have protested the oppression and social injustices still present in our society. While some may not have taken a knee or raised a fist, we have all shared the desire to influence positive change. Today, our team chose to publicly display our unity in a new way and, in turn, urge others do the same.”