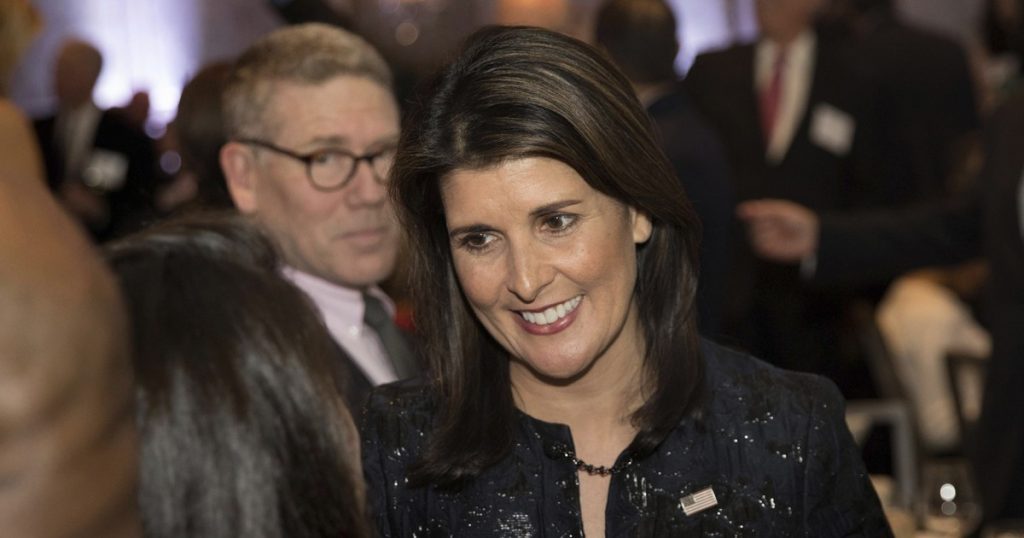 Republican Nikki Haley is meticulously laying the foundation for a presidential bid in 2024, forming a nonprofit organization to sustain her political-rock-star profile while she builds a financial nest egg so her family can afford her political ambitions.

Party insiders keeping tabs on Haley say the former U.S. ambassador to the United Nations wouldn’t challenge her old boss, President Trump, in the 2020 primary. But the dynamic ex-South Carolina governor, just 47, is expected to mount a campaign four years later. With a coterie of advisers, Haley is choosing each step to maximize her notoriety and chart a course to the White House.

Amid quiet maneuvering, Haley’s immediate priority is making money. Neither Haley nor her husband are wealthy. With two children now of college age, Republicans familiar with Haley’s planning say her desire to put family first is a practical necessity, not a cliche.

“She is tending to family and personal savings and staying engaged politically. She said all those things and meant them,” said Tucker Eskew, a veteran South Carolina political hand viewed in GOP circles as an informal Haley adviser, although he resists the label. “If the opportunity presented itself to take it the next level, no one is better positioned or prepared on political scene, today, that I know.”