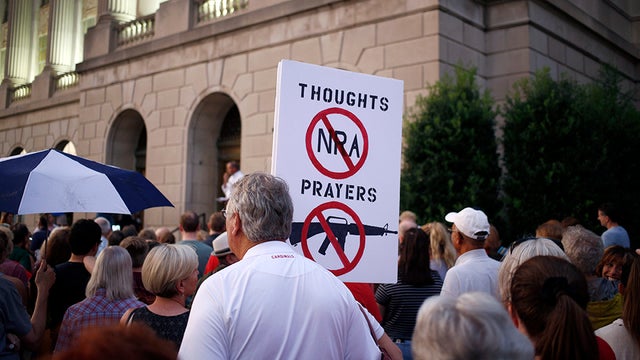 The National Rifle Association filed a lawsuit against San Francisco Monday over the city’s recent declaration that the gun-rights lobby is a “domestic terrorist organization.”

The lawsuit was filed in U.S. District Court for the Northern District of California against the city and county of San Francisco and the San Francisco Board of Supervisors. It accuses city officials of violating the gun lobby’s free speech rights for political reasons and claims the city is trying to blacklist anyone associated with the NRA from doing business there.

The gun rights lobby asked the court to step in “to instruct elected officials that freedom of speech means you cannot silence or punish those with whom you disagree.”

The San Francisco Board of Supervisors passed a resolution last week that said the U.S. is “plagued by an epidemic of gun violence,” and accused the NRA of using “its considerable wealth and organization strength to promote gun ownership and incite gun owners to acts of violence.” The resolution called on other cities, states and the federal government to follow suit and also declare the NRA a “domestic terrorist organization.”