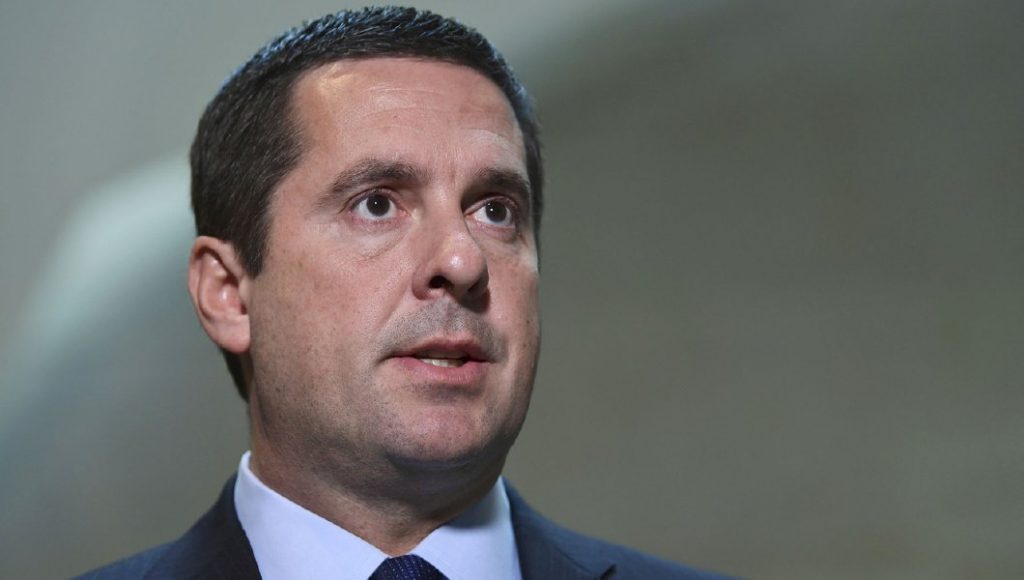 House Intelligence Committee chairman Devin Nunes has issued an angry demand to the FBI and Department of Justice to explain why they kept the committee in the dark over the reason Special Counsel Robert Mueller kicked a key supervising FBI agent off the Trump-Russia investigation.

Stories in both the Washington Post and New York Times on Saturday reported that Peter Strzok, who played a key role in the original FBI investigation into the Trump-Russia matter, and then a key role in Mueller’s investigation, and who earlier had played an equally critical role in the FBI’s Hillary Clinton email investigation, was reassigned out of the Mueller office because of anti-Trump texts he exchanged with a top FBI lawyer, Lisa Page, with whom Strzok was having an extramarital affair. Strzok was transferred to the FBI’s human resources office — an obvious demotion — in July.

The Post reported that Strzok and Page exchanged text messages that “expressed anti-Trump sentiments and other comments that appeared to favor Clinton.”

Word of the messages and the affair were news to Nunes, even though the committee had issued a subpoena that covered information about Strzok’s demotion more than three months ago. The committee’s broadly worded subpoena for information related to the so-called Trump dossier went to the FBI and FOJ on Aug. 24. In follow-up conversations on the scope of the subpoena, committee staff told the FBI and DOJ that it included information on the circumstances of Strzok’s reassignment.