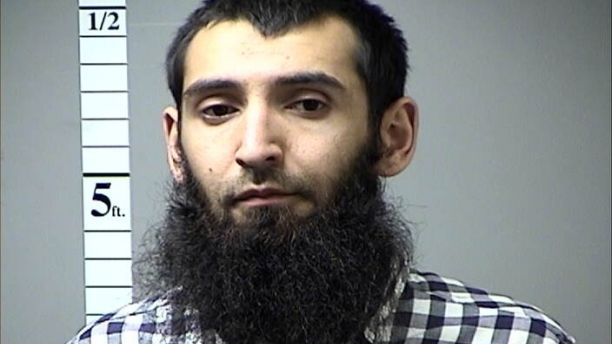 The Uzbekistan native accused of killing eight people in New York City had been planning his attack for weeks and did prior reconnaissance before he plowed a rented truck into pedestrians along a popular Manhattan bike path, officials revealed Wednesday.

Sayfullo Saipov, 29, was interviewed by investigators at the hospital after his surgery Wednesday, John Miller, NYPD’s Deputy Commissioner of Intelligence and Counterterrorism, said in a news conference. Miller did not reveal what was said, though reports indicated Saipov bragged about the assault and said he was “proud” of the attack. NYPD Commissioner James O’Neill would not confirm the statement.

Days before Tuesday’s assault, ISIS had been encouraging its followers to carry out Halloween attacks with propaganda from the terror group showing a graphic with a blood-splattered machete and Tuesday’s date. SITE intelligence group, which monitors terror activity online, also highlighted a recent photo taken by an ISIS supporter near the scene of Tuesday’s attack; but it remained unclear if there was a connection between that photo and the rampage.

Investigators have uncovered several pieces of evidence linking the “lone wolf” attacker to ISIS. Miller said Saipov, who came to the U.S. in March 2010 through the Diversity Visa Program, had been planning the assault for “a number of weeks,” toured the bike path area and did it “in the name of ISIS.” He also cited the notes left in the truck contained a pledge of allegiance to ISIS. The notes were handwritten and had symbols and Arabic words on them stating: “Islamic State would endure forever.”