Obama: ‘I’m a Pretty Good President’ And If I Ran For a Third Term, I Could Win 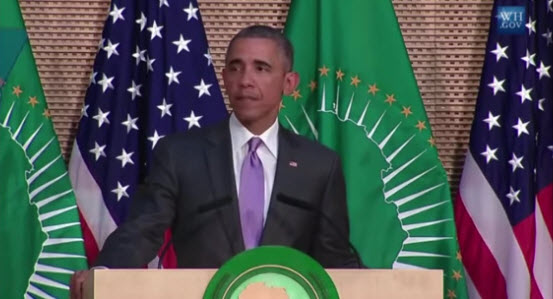 President Obama told the African Union Tuesday that he felt he had been a “pretty good” president and if he were allowed to run for a third term, he’d probably be victorious.

Obama made the remarks while criticizing leaders on the continent who wouldn’t step aside at the conclusion of their terms.

“Now, let me be honest with you,” Obama said. “I do not understand this. I am in my second term. It has been an extraordinary privilege for me to serve as the President of the United States. I cannot imagine a greater honor or a more interesting job. I love my work. But under our Constitution, I cannot run again.”