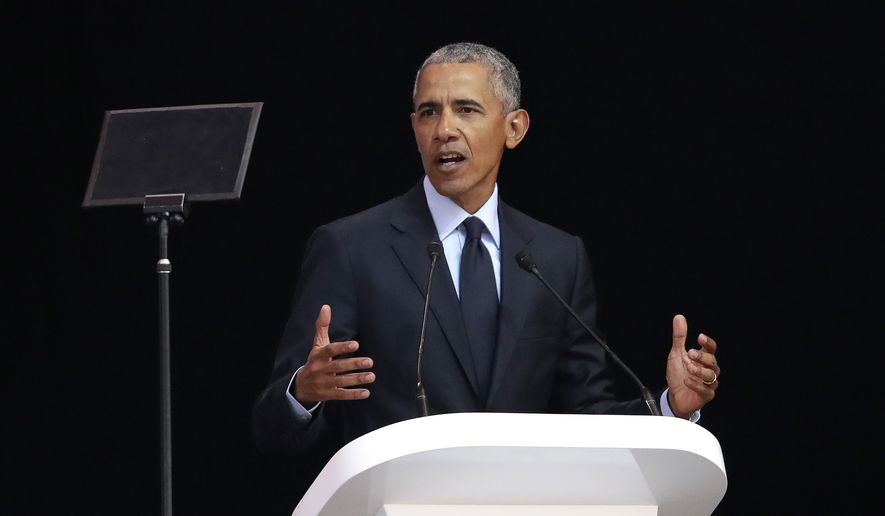 Former President Barack Obama warned Tuesday against the rise of “strongman politics” and criticized the nationalist style of politics embraced by President Trump.

Without ever mentioning Mr. Trump by name, Mr. Obama told an audience in South Africa marking the 100th anniversary of Nelson Mandela’s birth that the world is living in “strange and uncertain times.”

He said in such cases, “elections and some pretense of democracy are maintained. … But those in power seek to undermine every institution or norm that gives democracy meaning.”

“A politics of fear and resentment and retrenchment began to appear and that kind of politics is now on the move,” the former president said. “It’s on the move at a pace that would have seemed unimaginable only a few years ago. I’m not being alarmist. I’m simply stating the facts. Look around.”