Obama Tells Foreign Governments He Can Change Law Without Congress 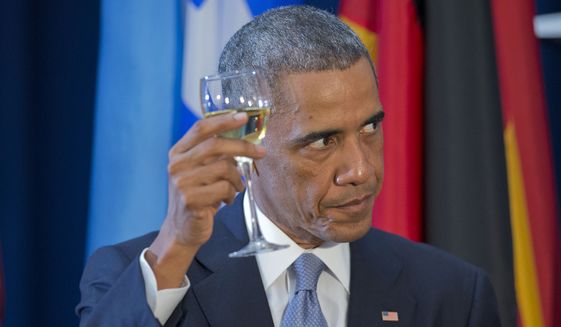 The Obama administration’s plan for U.N. climate change talks encountered swift opposition after its release Tuesday, with Republican leaders warning other countries to “proceed with caution” in negotiations with Washington because any deal could be later undone.

The White House is seeking to enshrine its pledge in a global climate agreement to be negotiated Nov. 30 to Dec. 11 in Paris. It calls for cutting greenhouse gas emissions by close to 28 percent from 2005 levels within a decade, using a host of existing laws and executive actions targeting power plants, vehicles, oil and gas production and buildings.

But Republican critics say the administration lacks the political and legal backing to commit the United States to an international agreement.