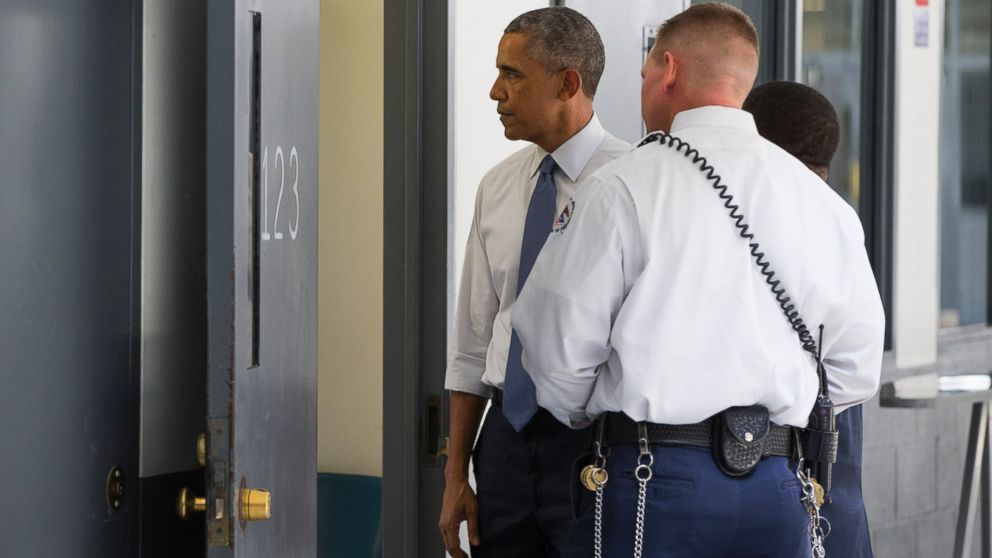 Washington | Barack Obama is putting an exclamation point on his recent call for criminal justice reform by becoming the first sitting President to visit a federal prison Thursday.

Obama arrived at the El Reno Correctional Institution in El Reno, Oklahoma, on Thursday morning to meet with inmates and law enforcement. Oklahomans sitting on parked cars watched as the motorcade whizzed by and arrived at the light brown brick prison, surrounded by barbed wire.

“I think we have a tendency sometimes to almost take for granted or think it’s normal that so many young people end up in our criminal justice system. It’s not normal. It’s not what happens in other countries. What is normal is teenagers doing stupid things,” Obama said after touring the facility and visiting with the six inmates.