ObamaCare enrollment unlikely to increase in 2019 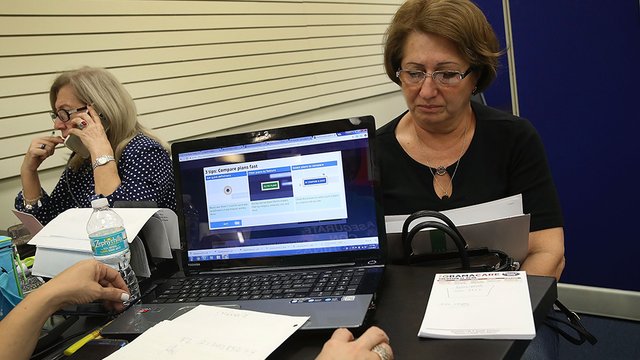 Enrollment in ObamaCare plans is unlikely to increase next year as the Trump administration provides an escape hatch for people who say they have been priced out of coverage.

The repeal of the penalty for not having insurance and the administration’s expansion of cheaper, slimmed-down plans that don’t meet ObamaCare’s requirements could cause more people to leave the exchanges when the sign-up period starts Thursday, according to health experts. The administration will also fund fewer local groups this year that help people enroll.

“I think an increase in enrollment is probably unlikely, given both the policy changes that have been put in place and the operational changes like the cuts in funding,” said Sabrina Corlette, a research professor at the Center on Health Insurance Reforms (CHIR) at Georgetown University’s Health Policy Institute. “But time will tell.”

Enrollment in the ObamaCare exchanges, which includes signups through healthcare.gov and state-based marketplaces, was little changed between 2017 and 2018.