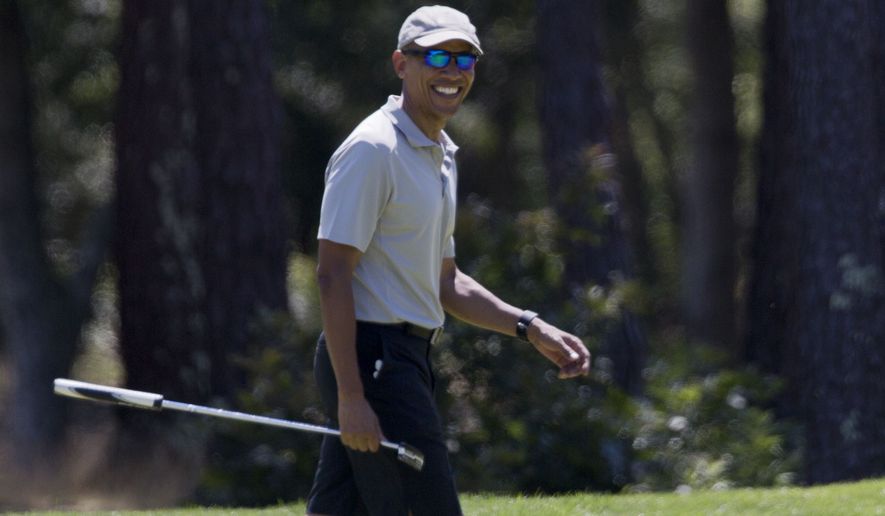 A “boys’ weekend” of golf with Tiger Woods in 2013 was fun for President Obama, but it was a triple-bogey for taxpayers.

The Government Accountability Office reported Wednesday that the departments of Defense and Homeland Security spent more than $3.6 million in travel costs and other expenses for Mr. Obama’s getaway weekend with Mr. Woods and other golf partners at an exclusive resort in Florida.

The audit said the costs included operation of Air Force One, at about $200,000 per hour of flight, plus a virtual squadron of “supporting aircraft and U.S. Coast Guard small boats,” as well as per diem and other travel expenses for an unspecified number of Pentagon and Homeland Security personnel required to support the president’s golf weekend.

The military transport aircraft needed for the golfing weekend included a $200 million C-17 Globemaster and the C-5 Super Galaxy, which departed from various U.S. Air Force bases and arrived at Joint Base Andrews or Marine Corps Base Quantico “to transport Secret Service personnel and vehicles and Marine Corps personnel and helicopters to support the trip before returning to their air bases of origin,” the report said.

129 Comments - what are your thoughts?