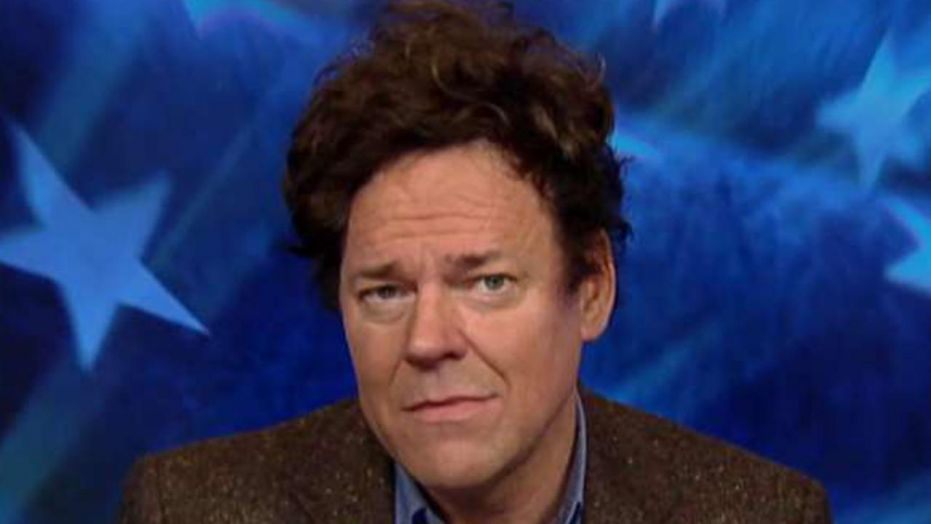 A top adviser to New York Democratic Rep. Alexandria Ocasio-Cortez has admitted that an official “Green New Deal” document posted by Ocasio-Cortez’s office contained a guarantee of economic security even for those “unwilling to work” — but not before he went viral in progressive circles for claiming the exact opposite, repeatedly, in an interview with Fox News’ “Tucker Carlson Tonight.”

Cornell University Law School Professor Robert Hockett, who counsels Ocasio-Cortez on environmental initiatives, challenged host Tucker Carlson when he quoted from an outline and list of “frequently asked questions” (FAQ) that had been posted on Ocasio-Cortez’s official website. A similar version of the FAQ was also shared with NPR.

The FAQ and background materials from Ocasio-Cortez’s website stated that the Green New Deal will provide “Economic security for all who are unable or unwilling to work,” and the FAQ sent to NPR also noted, “We set a goal to get to net-zero, rather than zero emissions, in 10 years because we aren’t sure that we’ll be able to fully get rid of farting cows and airplanes that fast.”

Ocasio-Cortez’s office removed the documents from her website amid an online backlash. A version of the FAQ that referred to “farting cows” is still available on NPR’s website, and a similar version that was posted to Ocasio-Cortez’s website is currently viewable on an Internet archiving service. Both versions of the documents describe providing economic security for those “unwilling to work,” and state, “This is a massive transformation of our society with clear goals and a timeline” at a “scale not seen since World War 2.”