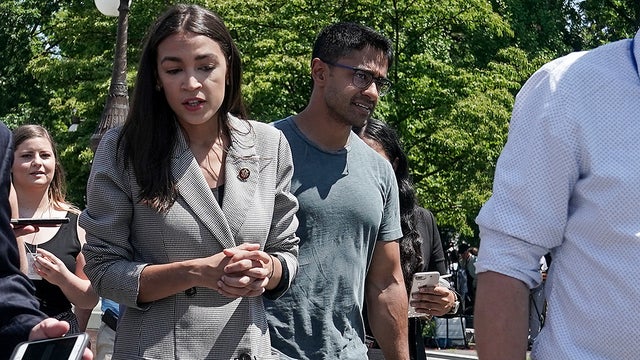 Rep. Alexandria Ocasio-Cortez’s (D-N.Y.) chief of staff has become a lightning rod within the caucus for his Twitter attacks on Speaker Nancy Pelosi (D-Calif.) and other members of the party.

In recent weeks, Saikat Chakrabarti has tweeted messages suggesting Pelosi is an ineffective legislator, that a Native American lawmaker voted “to enable a racist system” and that moderate Democrats are modern-day segregationists because they backed a Senate border aid bill.

It’s all put additional pressure on Ocasio-Cortez, a New York Democrat who has taken Congress by storm.