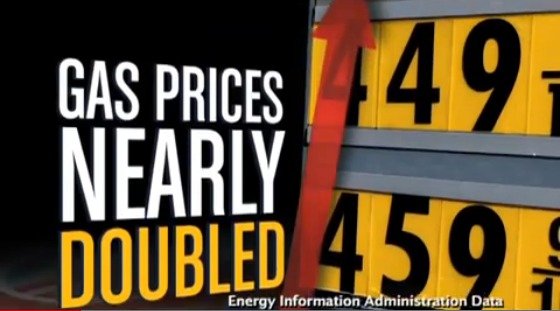 WASHINGTON — Energy has become a touchstone issue in the presidential race, and groups backed by oil and coal dollars have spent far more money on ads bashing the presidentâ€™s record than the Obama campaign and its allies have spent defending it, according to a new analysis by the Center for American Progress, a left-leaning Washington think tank.

Relying on the groups’ own announcements and data provided to press clients by Kantar Media/Campaign Media Analysis Group, the Centerâ€™s Climate Progress blog calculated that in the first 3-1/2 months of 2012, â€œgroups including Americans for Prosperity, American Petroleum Institute, Crossroads GPS, and American Energy Alliance have spent $16,750,000 on energy attack ads.â€

The numbers could already be out of date, and both sides have likely spent more since those announcements were made, said Elizabeth Wilner, vice president of Kantar Media/Campaign Media Analysis Group, which tracks political ads by issue.

With the economic recovery weak, gas prices high and Mideast politics threatening to send them even higher, Obamaâ€™s opponents are battering him on energy policies they maintain have contributed to pain at the pump. The Obama campaign has rolled out ads in defense. As a result, five of seven general election commercials airing in key swing states like Ohio, Virginia and Florida are about energy, according to Kantar Media/Campaign Media Analysis Group.