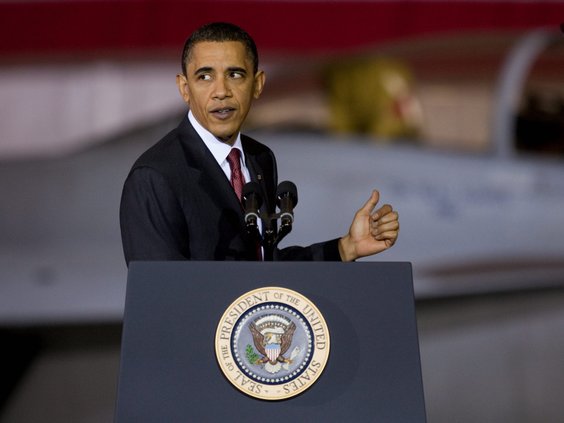 By Joseph Curl, The Washington Times

The rapidly expanding environmental catastrophe caused by the oil spill off the coast of Louisiana is presenting a growing political challenge to the Obama White House, with Mr. Obama and his aides at pains to defend the response and forestall comparisons to the Hurricane Katrina crisis.

Nine days after British Petroleum’s Deepwater Horizon oil rig blew apart and began spewing 5,000 barrels of oil a day into the Gulf of Mexico, a massive oil slick is set to wash ashore on the southern coast Thursday evening and, experts say, could dwarf the damage caused by the Exxon Valdez oil spill in Alaska.

Failure to get control of the relief effort and contain the environmental challenge could pose the same kind of political threat to Mr. Obama’s popular standing that the much-criticized handling of the aftermath of Hurricane Katrina did for former President George W. Bush. And unlike Katrina, it is likely the federal government will be the clear lead authority in dealing with the BP spill.

“We are being very aggressive and we are prepared for the worst case,” Coast Guard Rear Adm. Sally Brice-O’Hara said at the White House.

The president said Thursday his administration has held daily briefings on the disater and will use “every single available resource at our disposal” to respond to the spill. His comments came at the opening of a Rose Garden event to honor teachers.

The spill has been sweeping across the gulf for nine days. At first, BP estimated the flow from the snapped-off, mile-down well at 1,000 barrels a day; now, officials say the flow is more like 5,000 barrels a day,

The spill, as of Tuesday, was 21 miles from shore, U.S. Coast Guard Rear Adm. Mary Landry said during a press conference. On Thursday, the slick was just three miles from shore and blowing in quickly.

The White House contends that the federal reaction to the spill was immediate.