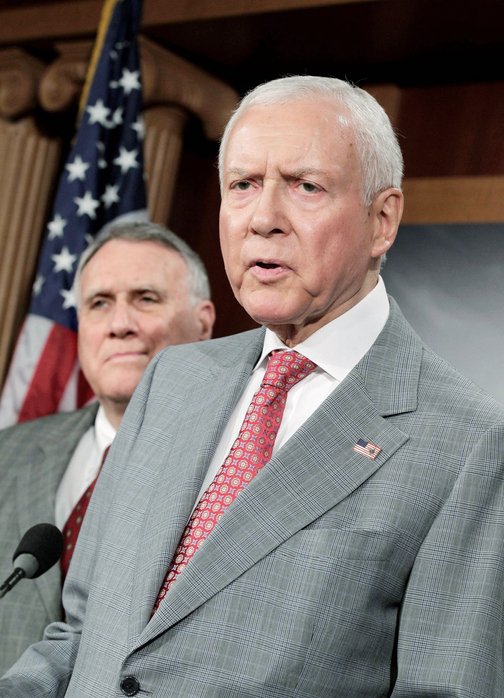 The Senate’s most senior Republican apologized Friday for making what he said was a “a poorly worded joke about Obamacare supporters.”

“Yesterday, I made a poorly worded joke about Obamacare supporters — a joke that was not reflective of my actual feelings towards my friends on the other side,” Hatch said Friday afternoon. “While I occasionally slip up, I believe that my legislative record reflects my commitment to bipartisanship and civility much more than my flippant, off-the-cuff comment.”

Hatch who has been known to make jokes in conversations with reporters, gave his remarks during a speech at the American Enterprise Institute, a conservative think tank, Thursday. Hatch, the chair of the Finance Committee, helped write the tax reform bill that passed Congress late last year.