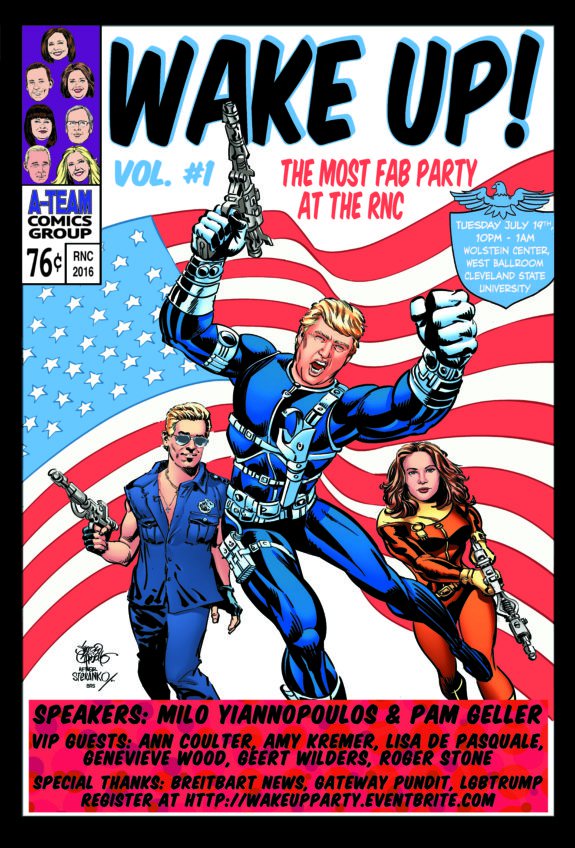 Pro-Trump gay conservatives are hosting a “Wake Up” party next week at the Republican Convention in Cleveland.

Conservative champions Pamela Geller, Milo Yiannopoulos and Dutch Party for Reform leader Geert Wilders will rally the crowd for Donald Trump for President. Music will be provided by Cleveland DJ Mike Filly. The event will be held from 10 PM until 1 AM on Tuesday night July 19th at Cleveland State University.

Pamela Geller says she is honored to support the pro-Trump event.

“The Republican Party is the party of individual rights and the equality of all before the law. I am honored to appear with a group affirming this – especially as the forces of hate and violence are gathered to try yet again to destroy our freedoms. We need a big tent to defeat the Leftist/Islamic machine. As Ben Franklin said, it’s time to hang together, or we will all hang separately.” Now is the time to put aside our personal differences and stand in defense of freedom for all. Hillary must be defeated. That is the goal – the only goal if this country is going to survive.”