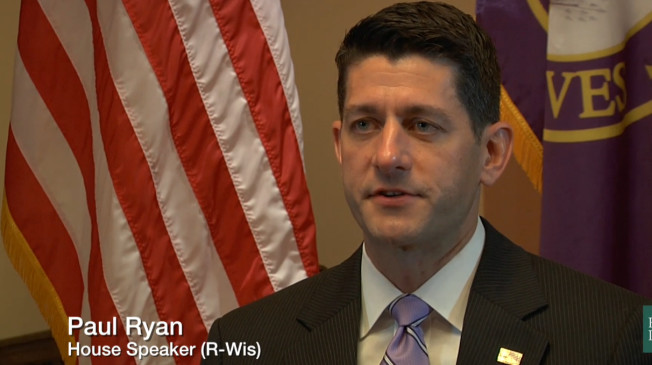 House Speaker Paul Ryan (R-WI) has made clear he doesn’t agree with a proposal put forward by Donald Trump — whom Ryan has endorsed — to ban Muslim immigration into the United States, but in an interview with the Huffington Post Thursday, Ryan floated taking a President Trump to court if he tried to implement such a ban or some of his other controversial proposals unilaterally.

“I would sue any president that exceeds his or her powers,” Ryan said in a back-and-forth about Trump’s claims that he could implement a Muslim ban or build a Mexican border wall without congressional approval.

Ryan said he wasn’t sure of the “legal question” of whether Trump could institute a Muslim ban on his own as president.

295 Comments - what are your thoughts?