Ron Paulâ€™s Georgia supporters succeeded in taking over a delegate-selection convention in a populous county on Saturday and nearly succeeded in another densely populated urban-suburban county.

The Paul brigadesâ€™ strategy was to try to outlast the party regulars at the county conventions, raising unexpected issues and delaying long enough for the regulars who were unprepared for the delays to throw up their hands and leave the convention sites to fulfill other obligations. 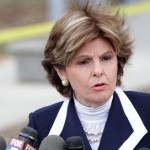 â€˜Gameâ€™ over, unchanged: No Palin revelations in HBO film