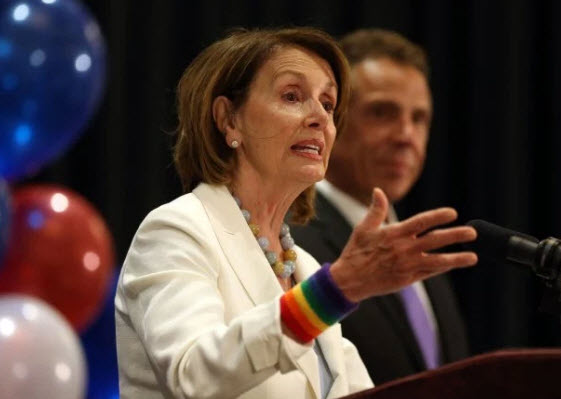 “I think that, so many times, white — non-college-educated white males have voted Republican. They voted against their own economic interests because of guns, because of gays, and because of God, the three G’s, God being the woman’s right to choose,” Pelosi told PBS’s Judy Woodruff in an interview Wednesday.