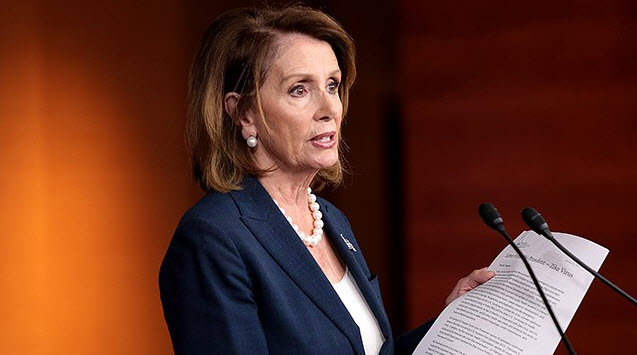 “I’ve worked with these families for a very long time, and I think they should have their day in court,” Pelosi told reporters in the Capitol.

Pelosi, who was the top Democratic on the House Intelligence Committee at the time of the 2001 attacks, noted that she had sided with the families in the controversial push to create the 9/11 Commission, an independent panel that investigated the attacks.

“When it went to the floor, I was accused of being a traitor for bringing it up … [and] it did not pass at that time,” she said.

Only after lawmakers attached the measure to a must-pass vehicle — and after the families of 9/11 victims increased their pressure — did Congress approve the outside probe.