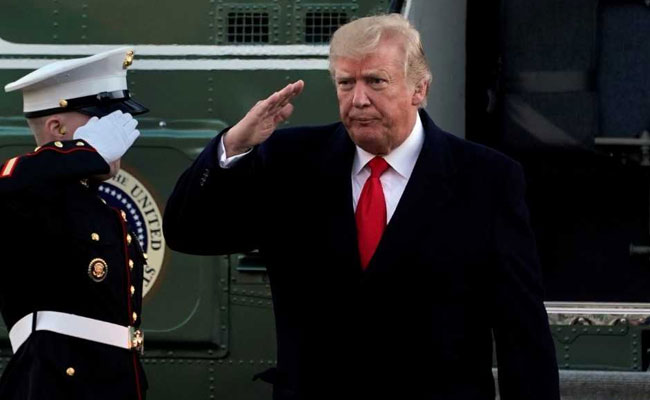 President Trump has asked the Pentagon to explore holding “a celebration” for Americans to show their appreciation for the armed forces, the White House said, amid reports that military leaders have begun planning a military parade at his request.

Trump repeatedly has expressed an interest in holding a display of America’s military might and upped his calls for a parade after witnessing the Bastille Day celebrations on a trip to France last summer.

The Washington Post reported Tuesday that at a recent meeting between Trump and top military officials, Trump’s wishes were “suddenly heard as a presidential directive.”

“The marching orders were: I want a parade like the one in France,” one military official told the Post on the condition of anonymity. “This is being worked at the highest levels of the military.”

A White House official told the Post that the planning was still in the “brainstorming” stages, and that there is “no meat on the bones” as of yet.

“President Trump is incredibly supportive of America’s great service members who risk their lives every day to keep our country safe. He has asked the Department of Defense to explore a celebration at which all Americans can show their appreciation,” White House press secretary Sarah Huckabee Sanders said in a statement Tuesday night.