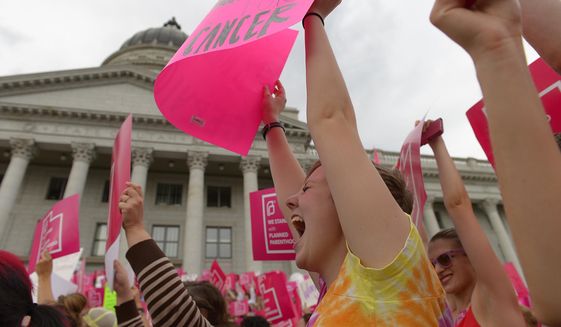 Planned Parenthood chapters in Iowa, Missouri and Montana received just over $1 million in federal grant funding Wednesday to help Obamacare customers sign up for coverage, even as Republicans in Congress battle to strip the women’s health provider of any federal funding at all amid raging controversy over its abortion practice.

The chapters were among 100 recipients of $67 million in so-called “navigator” grants doled out by the Obama administration Wednesday to nonprofits in 34 states that help people get covered under the Affordable Care Act.