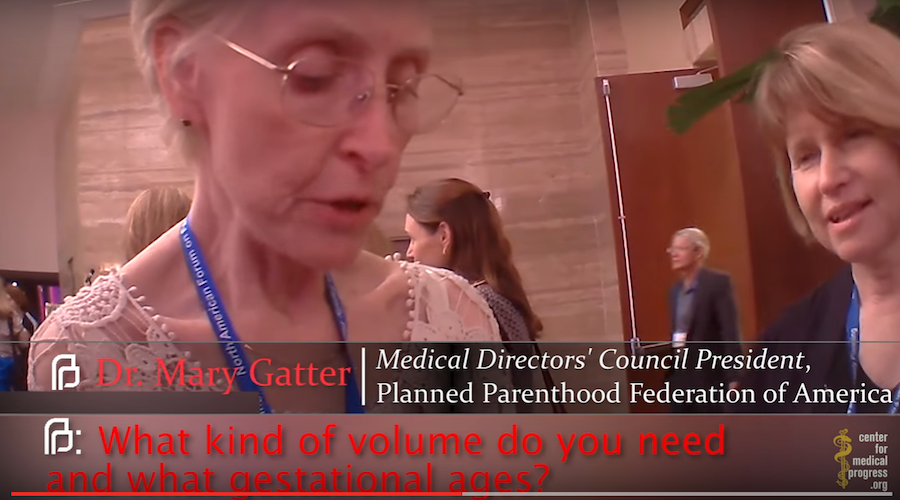 The video is of a conversation CMP investigators had with Dr. Mary Gatter at a Planned Parenthood conference evening reception. Gatter, who in another CMP video, joked, “I want a Lamborghini” when negotiating prices of baby parts, explains that she’s “committed” to selling the bodies of aborted babies and “I think it’s a great idea.”

“I did it in LA,” Gatter told the undercover CMP investigators.