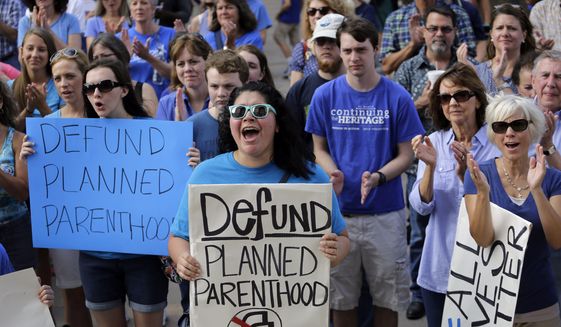 Spurred by a series of undercover videos exposing the harvesting and distribution of post-abortive fetal body parts, pro-life activists are organizing more than 200 rallies at Planned Parenthood clinics and a coast-to-coast effort to reach members of Congress at their home offices this week.

“This is really unprecedented in the history of legalized abortion — on the same day, over 200 public demonstrations against the killing of unborn children, all aimed at Planned Parenthood,” said Monica Migliorino Miller, director of Citizens for a Pro-life Society, one of the lead organizers for the Aug. 22 rallies.