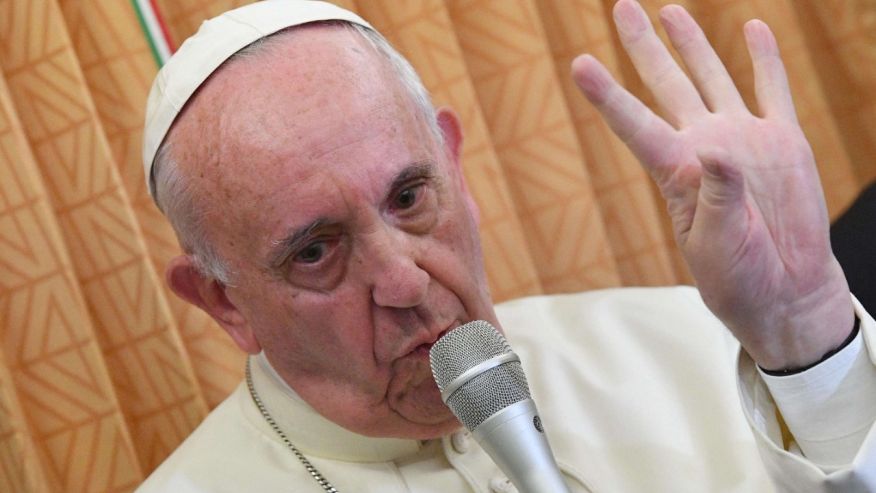 Pope Francis weighed into the U.S. elections Sunday, urging American Catholics struggling to choose a president to study the issues, pray and then vote your conscience.

Francis was asked by reporters on the way from Azerbaijan how he would counsel the American faithful who are being asked to choose between Hillary Clinton and Donald Trump. Francis added that he would never interfere in an election campaign, saying “the people are sovereign.”

“I’ll just say this: Study the proposals well, pray, and choose in conscience.”

Francis, prefacing his words by saying he was talking about a “fictional situation,” appeared to say that the U.S. was among the countries that have lost what he described a culture of politics.

“When in any country there are two, three or four candidates who don’t satisfy everyone, it means that perhaps the political life of that country has become too politicized and that it does not have much political culture,” he said.