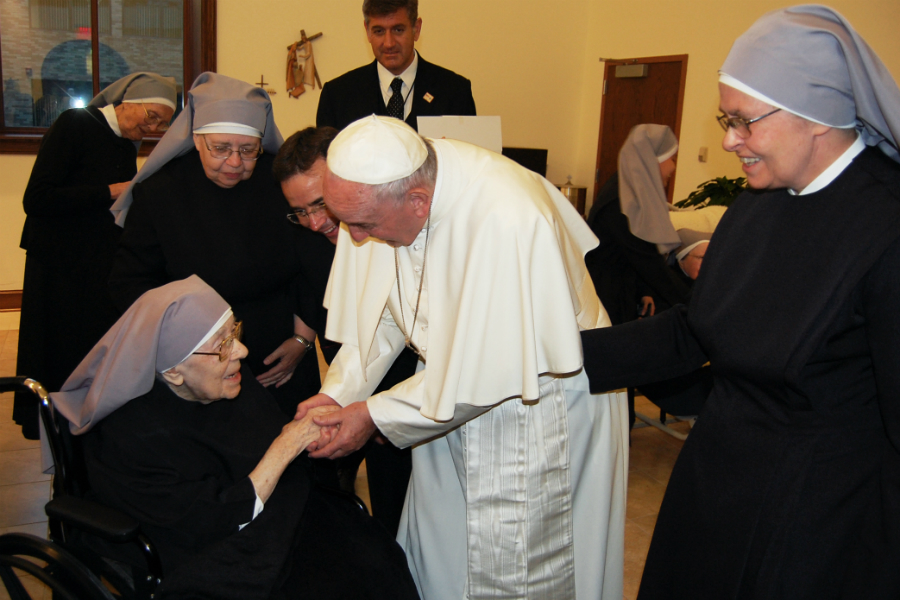 WASHINGTON – Pope Francis on Wednesday made an unscheduled stop to a convent of nuns to show his support for their lawsuit against U.S. President Barack Obama’s healthcare law.

Vatican spokesman Father Federico Lombardi said the visit to the convent of the Little Sisters of the Poor for what he called a “brief but symbolic visit.”

Last August, a federal appeals court in Denver put on hold its ruling that the order of Roman Catholic nuns must comply with a contraception mandate in the law, giving the group time to petition the U.S. Supreme Court.