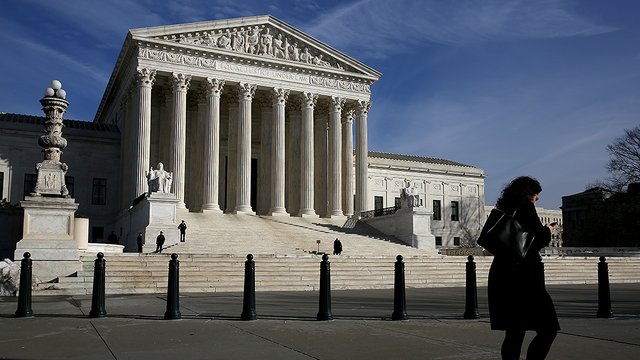 A transgender man last week filed a lawsuit against a Catholic-run hospital in Maryland, citing in his complaint June’s landmark Supreme Court decision on transgender rights, fulfilling conservative fears that the ruling would usher in a legal war.

The suit, filed on behalf of Jesse Hammons by the American Civil Liberties Union, alleges that St. Joseph Medical Center, a Catholic-run hospital within the University of Maryland Medical System, violated the First and Fourteenth Amendments by refusing to perform a surgery necessary to Hammons’s transition from woman to man. The suit uses Justice Neil Gorsuch’s majority opinion in Bostock v. Clayton County to buttress its argument, namely, that refusing services to transgender people is a form of discrimination on the basis of sex.

When Bostock was decided in June, many social conservatives predicted that it would have dire implications for women’s sports leagues, single-sex dorms on college campuses, and general religious liberty exceptions to nondiscrimination laws granted to faith-based institutions.

“Predictable. Indeed, predicted,” tweeted Ryan Anderson, a senior fellow at the Heritage Foundation, in reference to the arguments in the case culled from Bostock.