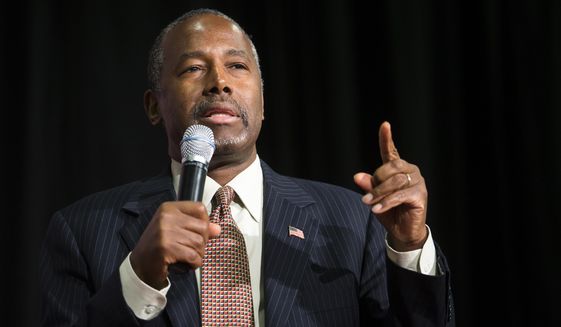 The super PAC supporting neurosurgeon Ben Carson for GOP president has seen a surge of donations since his appearance Sunday on NBC’s “Meet the Press,” where Mr. Carson said he wouldn’t advocate for a Muslim to be president of the United States.

“We sent out an email to Carson supporters, and we’ve never had an email raise so much money so quickly — it’s unbelievable,” said John Philip Sousa IV, who chairs the 2016 Committee super PAC. “My phone has exploded over the last 48 hours — of people wanting me to pass on to Dr. Carson how much they respect his truthfulness and believe in the American system, and how absolutely not should anyone who believes in Sharia law come close to the White House. The people are on Dr. Carson’s side on this one — sorry NBC you lose.”