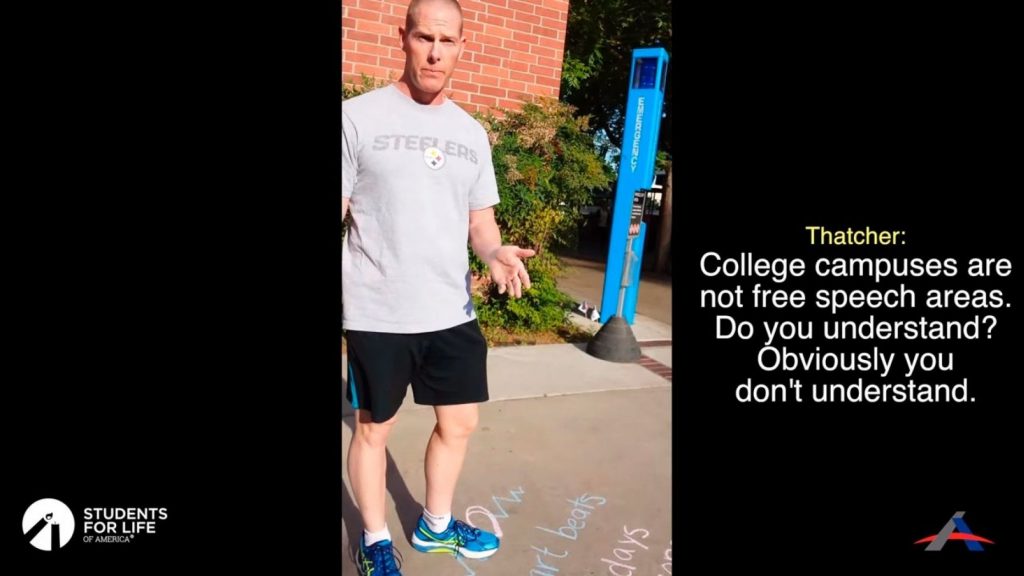 A California professor who is seen on video trying to censor pro-life students drawing with sidewalk chalk has been ordered to undergo First Amendment training and pay $17,000 as a result of a district court settlement.

Thatcher allegedly harassed and intimidated the group, accusing them of chalking outside the free speech zone on campus — which hadn’t existed at the school since 2015.

“What the professor did was wrong, and the only permit a student needs to speak on campus is the First Amendment,” the pro-life club’s president, Bernadette Tasy, told Fox News.