RAND: I THINK WE HAVE 58 VOTES TO DEFUND PLANNED PARENTHOOD 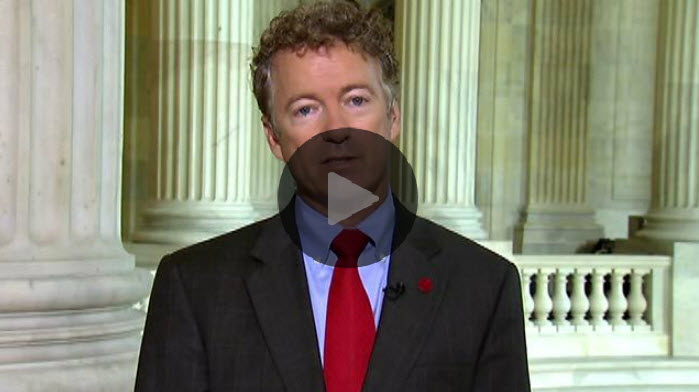 Kentucky Senator and Republican presidential candidate Sen. Rand Paul (R-KY) said that he thinks there are about 58 senators who will vote to defund Planned Parenthood on Tuesday’s “Hannity” on the Fox News Channel.

Rand said “I’m horrified by these videos and and everybody is. When i think of ultrasound, I think of the pictures of my kids before they were born and the happiness we had. To imagine that doctors are using ultrasound to manipulate the body around, turn the body around to take body parts from a baby, it just — it sickens me. And so, I’ve been fighting to defund Planned Parenthood. I don’t think they should get any taxpayer dollars. And we got good news today, we are going to get a vote on this. The Senate will vote on defunding Planned Parenthood before we leave in August.”

Rand stated of the vote, “there’s at least three or four Democrats that we think we have a chance of getting. That gets us close. We’re up to about 58 then. So, we’re going to work very hard. I think there are some pro-choice Democrats, there are many pro-choice Americans who are horrified by this. Because they don’t think of abortion as turning the baby around and harvesting baby hearts, and showing kidneys and livers and lungs and hearts that are then being resold. The gruesomeness of this cannot be overstated. And I think we may well get some Democrats who are going to say, ‘Enough’s enough, we can’t keep funding a group that does this.”