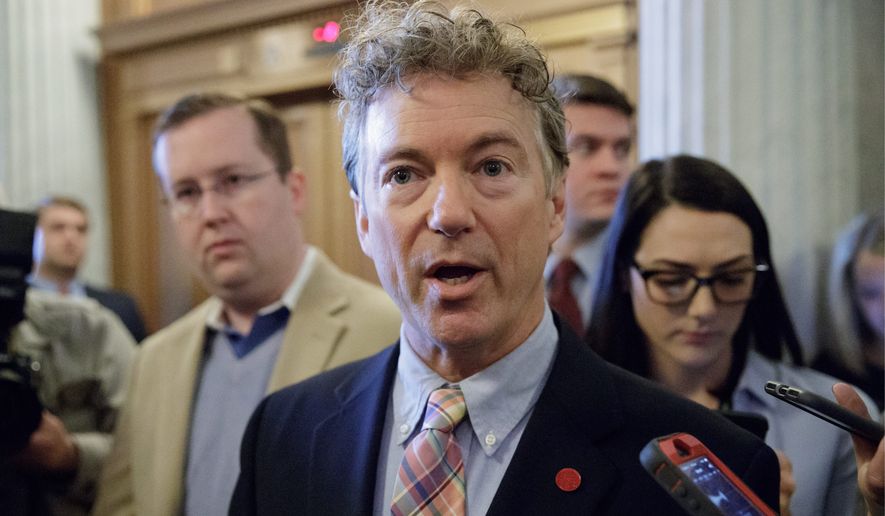 U.S. Sen. Rand Paul reiterated his support for President Trump’s decision last week to remove 2,000 American troops from Syria, appearing on Sunday talk shows to assert that the president had made the right move and was doing “exactly what he promised” voters when he campaigned in 2016.

“We’ve been there 17 years. We think now we’re going to take one more village and we’ll get a better-negotiated deal?” Paul said during an appearance in CBS’s “Face the Nation.” “The North Vietnamese and Vietcong “waited us out and the Taliban are going to wait us out. They know we will eventually leave and leave we must.”

He added: “The president’s right and I think the people agree with him. Let’s rebuild America. Let’s spend that money here at home.”