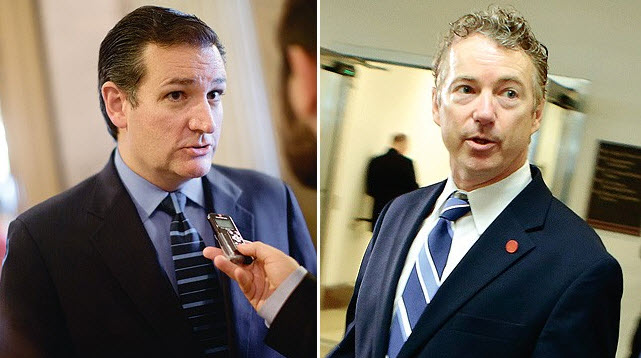 Sen. Rand Paul (R-Ky.) ripped Sen. Ted Cruz on Tuesday after the Texas Republican skipped a vote on his “Audit the Fed” proposal.

Paul, who is competing with Cruz for the Republican presidential nomination, said he was “disappointed” Cruz “didn’t show up for work” for a procedural vote on Paul’s legislation.

He tweeted a photo of Cruz, saying that voters “can’t even trust Ted to show up to vote on an issue as important as Audit the Fed.”