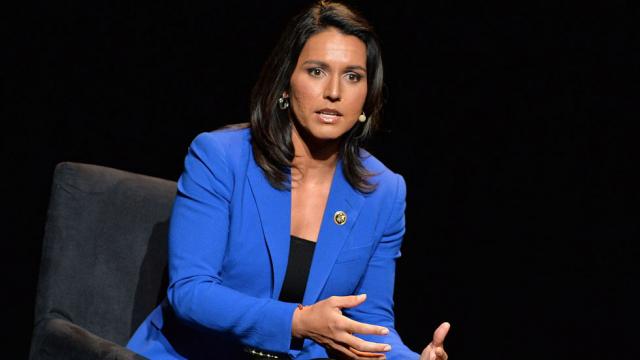 Hawaii Rep. Tulsi Gabbard filed a lawsuit against Hillary Clinton on Wednesday for defamation alleging that the former secretary of state suggested the congresswoman and 2020 Democratic presidential candidate was a “favorite of the Russians.”

The lawsuit is in response to Clinton’s October 2019, interview with David Plouffe on “Campaign HQ”, a podcast run by the 2008 Obama campaign manager, in which Clinton without naming names — and just ahead of that month’s Democratic presidential candidate debate — said that a female 2020 candidate was a “favorite of the Russians” and was being “groomed’ by Republicans for a third-party run.

The exchange with Plouffe came as a part of a much longer conversation centered on possible Republican paths to victory in 2020. Clinton suggested that President Donald Trump’s campaign would try to deflect votes from the eventual Democratic nominee toward that third-party candidate.