Republican predicts he won’t be alone with pope boycott 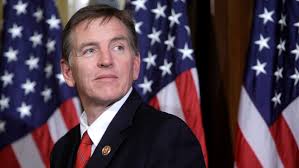 More than one lawmaker may end up boycotting Pope Francis’s much-anticipated address to Congress on Thursday, according to the Republican lawmaker who announced he was skipping the speech.

Gosar said he knows of at least one other lawmaker who would skip the pontiff’s address in protest, but he declined to say who.