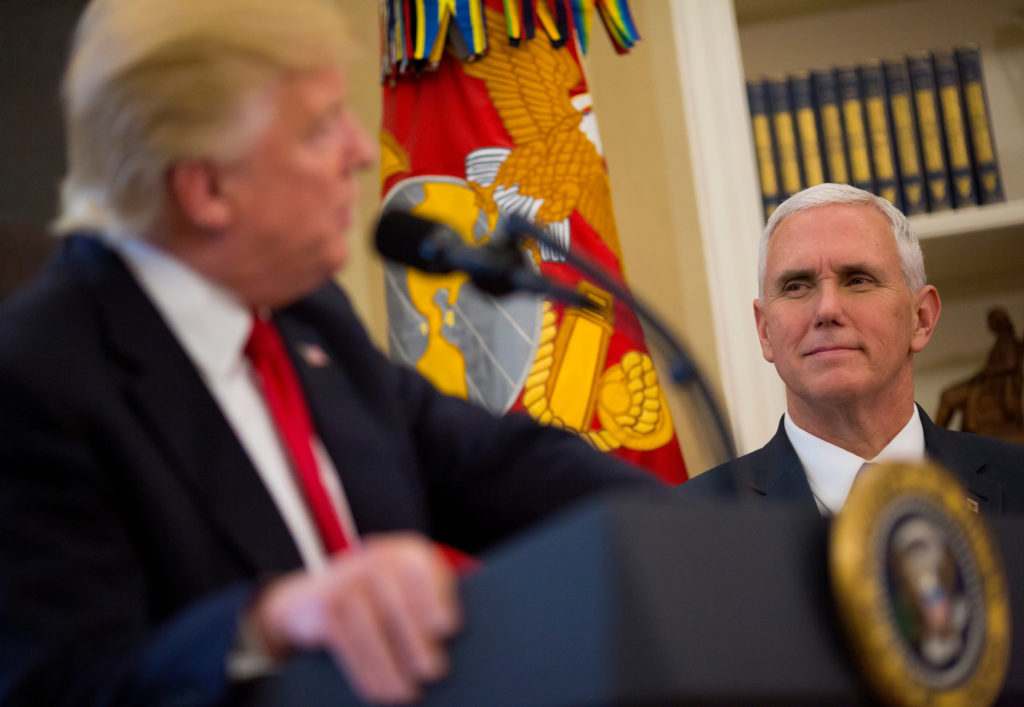 WASHINGTON — Senators Tom Cotton and Ben Sasse have already been to Iowa this year, Gov. John Kasich is eyeing a return visit to New Hampshire, and Mike Pence’s schedule is so full of political events that Republicans joke that he is acting more like a second-term vice president hoping to clear the field than a No. 2 sworn in a little over six months ago.

President Trump’s first term is ostensibly just warming up, but luminaries in his own party have begun what amounts to a shadow campaign for 2020 — as if the current occupant of 1600 Pennsylvania Avenue weren’t involved.

The would-be candidates are cultivating some of the party’s most prominent donors, courting conservative interest groups and carefully enhancing their profiles. Mr. Trump has given no indication that he will decline to seek a second term.

But the sheer disarray surrounding this presidency, the intensifying investigation by the special counsel Robert S. Mueller III and the plain uncertainty about what Mr. Trump will do in the next week, let alone in the next election, have prompted Republican officeholders to take political steps that are unheard-of so soon into a new administration.