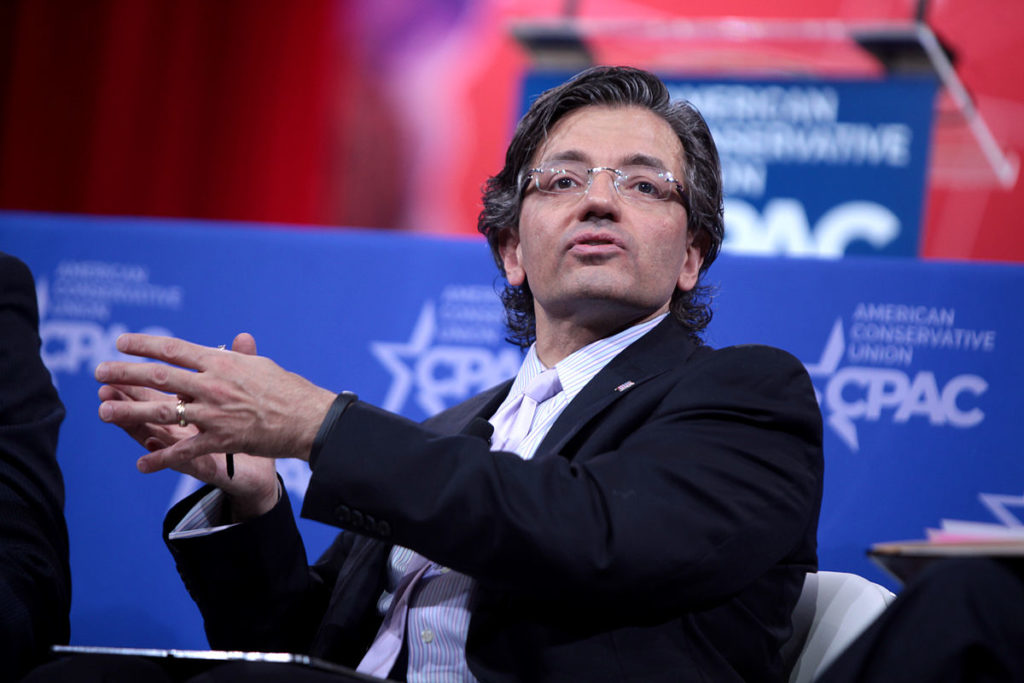 According to the pop culture narrative being put forth by the corporate media President Donald J. Trump is an anti-Muslim, anti-immigrant, nationalistic, angry white man. To be sure he is white, and is a member of the male gender species and there certainly are times where he would have been well advised to choose the use of his words more carefully. But is he really all that which the corporate media portrays him to be? I think we all know the answer to that question. I mean we are talking about the U.S. mainstream media here after all. They invented the term Fake News. Just ask veteran news anchors Dan Rather and Brian Williams.

On the issue of being anti-Muslim the media has gone out of its way not interview or present Muslim voices who support the President. They do exist. And they exist at levels of highly influential, intelligent Muslim leaders with large followings. Earlier this week I interviewed two such men at ‘Politics and Profits’ the podcast, named Sherkoh Abbas and Dr. Zuhdi Jasser. Abbas- based out of Washington, D.C. is President of the Kurdistan National Assembly of Syria. Jasser more widely known by the general public due to his Fox News appearances is President of the American Islamic Forum for Democracy, co-founder of the Muslim Reform Movement and a former lieutenant commander in the United States Navy. Both men told me that while they have not always agreed with everything the President has said, they each view Trump’s election as ‘positive news’ in the war against radical Islam and for their respective communities. In the case of Dr. Jasser that would be Muslim-Americans and for Abbas that would be Kurds living in Syria, Iraq and here at home. Both men have had their voices shut out or ignore by the mainstream since the election of Trump.

Interestingly both men were highly critical of the previous Obama administration, but for different reasons. For starters Abbas states that his group gave critical on-the ground intelligence in Iraq to Obama officials about the growth, whereabouts and tactics of ISIS. This was before Iraq fell to ISIS control. The Obama administration ignored their warnings and then later scapegoated the U.S. intel community. How ironic is that given today’s news cycle? Jasser on the other hand says his voice was not simply ignored by the previous administration but shut out. This despite rhetoric by President Obama asking Muslim Americans for their input and support in fighting extremism.

Both men told me they agree with the messaging and the tactics used by the Trump administration in fighting radical Islam and went into great detail why. Neither man feels Trump is an anti-Muslim bigot and in fact scoff at the notion. But don’t expect that to be reported by the American mainstream media any time soon.

To listen to my full interviews with Sherkoh Abbas, President of the Kurdistan National Assembly of Syria and Dr. Zuhdi Jasser of American Islamic Forum for Democracy, read more here: