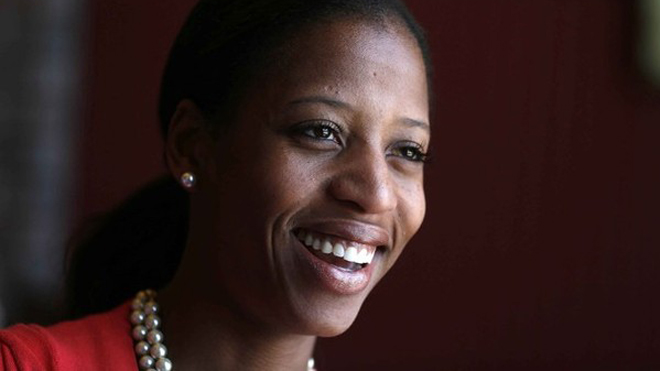 But by the end of the Republican National Convention, she could be, after delivering her breakout speech Tuesday evening in Tampa.

Her profile and backstory alone have made her a compelling presence in the conservative movement. She is a first-generation Haitian-American, a Mormon and a small-town Utah mayor. Love, who is black, is also running for Congress in mostly white Utah. If elected, she would be the first black Republican woman ever to serve in Congress.

In her prime-time address Tuesday, the mayor of Saratoga Springs presented herself to the nation as the embodiment of the American Dream — and touched on themes of self-reliance, small government and fiscal responsibility.

“My parents immigrated to the U.S. with ten dollars in their pocket, believing that the America they had heard about really did exist,” Love said. “When times got tough they didn’t look to Washington, they looked within…So the America I came to know was centered in personal responsibility and filled with the American dream.”

The 36-year-old mayor, who is in an uphill race against popular incumbent Democratic Rep. Jim Matheson in her state, described President Obama’s vision for the country as a “divided one” that she said is “pitting us against each other based on our income level, gender, and social status.”

“His policies have failed. We are not better off than we were four years ago, and no rhetoric, bumper sticker, or Hollywood campaign ad can change that,” she said. “Mr. President, I am here to tell you we are not buying what you are selling in 2012.”

Convention organizers sought to put the spotlight on Love’s personal story by airing a short video before her remarks.

This is Love’s story: Her parents had $10 in their pockets when they left Haiti for the U.S. 39 years ago. Her father worked several jobs to support the family, including paying for his daughter to attend the University of Hartford, where she graduated with a degree in fine arts.