RNC chief to Clinton: If anyone knows delete key, it’s you 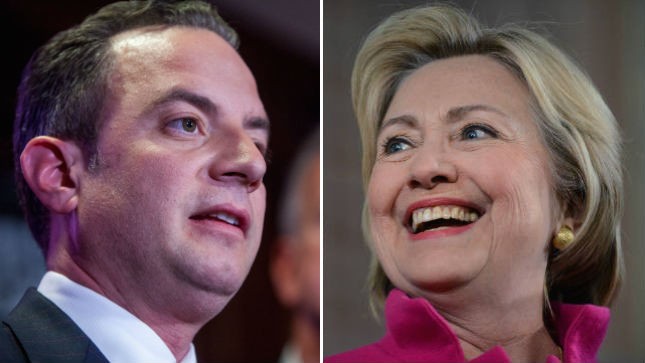 After the presumptive Democratic presidential nominee told Trump to “delete your account,” Priebus responded, “If anyone knows how to use a delete key, it’s you.”

Another Republican, Rep. Jeff Duncan (S.C.), also responded by referencing the controversy surrounding Clinton’s use of a private email server as secretary of State and admission to deleting thousands of emails that she deemed personal.

Priebus earlier Thursday responded to President Obama’s endorsement of Clinton by going after Clinton’s email scandal, saying she “put our national security at risk” and accusing her of creating the arrangement to “obscure her unethical dealings.”