The presidential campaign of the libertarian Republican Ron Paul has reached agreement with party leaders on delegate disputes, clearing the way for a harmonious convention to nominate Mitt Romney next week in Tampa, Fla.

Negotiations continued over delegates from Maine. But Mr. Benton said the partyâ€™s Committee on Contests would recommend splitting the delegation from Maine between representatives of Mr. Paul and Mr. Romney.

A Republican National Committee official confirmed the deal, crediting â€œmutual respect and professionalismâ€ between the candidates.

Paul campaign officials also pointed toward cooperation in drafting the party platform. Among other issues, they expressed satisfaction with language calling for auditing the Federal Reserve, a stance Mr. Romney embraced while campaigning this week.

Libertarian-minded Republicans backing Mr. Paul, including a significant number of young voters, â€œhave made themselves into a movement that cannot be ignored,â€ Mr. Benton said. 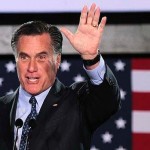 Time for Ron Paul to go quietly into the night taking his obsessed supporters with him..