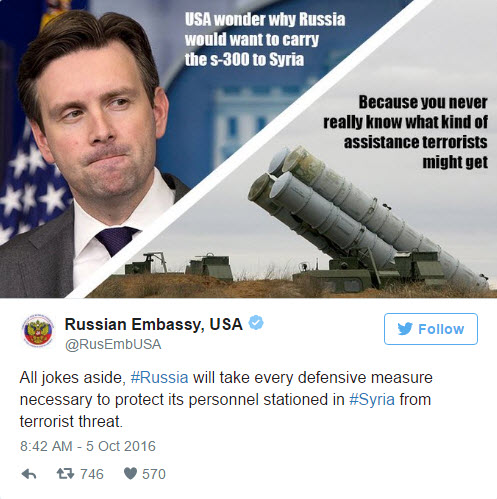 The Russian government is ratcheting up warnings – on Twitter – to the U.S. government not to interfere with its military operations in Syria, even suggesting American aircraft could be targeted by its “air defense systems.”

In a provocative tweet Wednesday, the Russian embassy in Washington posted a side-by side photo of White House Press Secretary Josh Earnest and the Russian S-300 missile system.

With the military apparatus pointed toward the image of Earnest, a caption says Russia wants the system because they “never really know what kind of assistance terrorists might get.” The tweet says Russia will take “every defensive measure necessary” to protect their personnel in Syria.